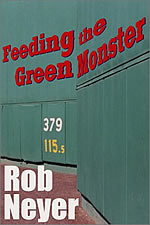 On page 19, I wrote a short essay about Gary Gaetti being the last major leaguer to wear a batting helmet without any earflaps (and no, John Olerud doesn’t count). At that point, Tim Raines had been forced from baseball with a serious illness . . . but I shouldn’t have counted him out, as he returned to the majors in 2001, and brought with him the old-style, flapless batting helmet. So for those of you keeping score at home, Raines is the answer to the trivia question, Who was the last major league player to bat while wearing a helmet with no earflaps?

On page 131, I identified Rene Lachemann as the Cubs’ pitching coach; actually, he was the bench coach (and one reader, who if memory serves absolutely hated the book, couldn’t believe I could be so #&@% stupid, to make a mistake like that).